The Meghan Markle/Oprah Winfrey bombshell interview, with allegations of racist attitudes in Buckingham Palace, was a perfect storm of feminist and Black Lives Matter issues guaranteed to produce a media feeding frenzy, largely along tribal lines.. The situation was not unpredictable. British comedian John Oliver could see it coming when he appeared on “The Late Show With Stephen Colbert” in 2018 just months before the royal wedding.

“I don’t think you need to have just seen the pilot episode of ‘The Crown’ to get a basic sense of, she might be marrying into a family that could cause her some emotional complications. They’re an emotionally stunted group of fundamentally flawed people doing a very silly, pseudo job. That’s what she’s marrying into. So I hope she likes it. It’s going to be weird for her.”

So spoke an anti-Royalist, whose irreverent lampooning of the privileged and powerful is always fun to watch. Personally, I’m not an anti-Royalist. The Monarchy represents a thousand years of British History, and as such is a useful institution in governance, providing a titular head of state without any power to interfere in politics. Occasional behind the scenes influence maybe, but no effective power.

Constitutional monarchy provides a symbol of the country’s traditions, image, and values around which the citizens of different political persuasions can unify for the good of the nation. In my view, the Royal Family has great benefit for the UK, substantially in excess of its cost. They are an essential component in British tourism.

In this clip @ 3 minutes 30, you can see both sides of the debate on the economic value of the monarchy.

The Royals make easy targets for cancel culture enthusiasts angered by centuries of colonialism and inequality promoted by the British class system. But I see the Queen’s extended family more as deer caught in the headlights of rapid social change. They are human and therefore fallible, like the rest of us. Their essential humanity is well depicted in the Netflix series The Crown, albeit in the style of historical drama rather than documentary. 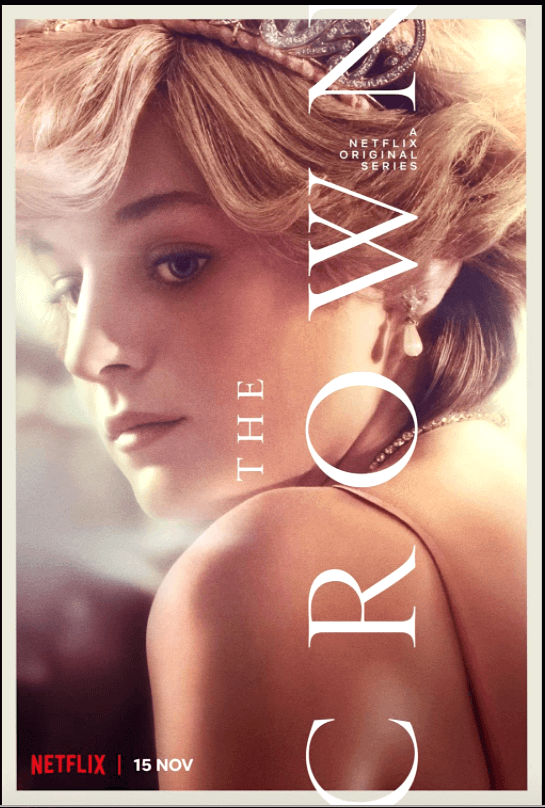 Critics complain of its inaccuracies, political point scoring, and oversimplification, but on balance, having grown up in England and observed British life ever since, I find each season of The Crown is a compellingly believable portrait of a long standing yet vanishing institution; a Monarchy, struggling to adapt to the post World War Two world. The motivations of all the players are delivered in shorthand. But it’s great shorthand, full of wit and insight, broadly truthful and lavishly staged, with stellar performances from all the cast. This recap of the first seasons will give you a sense of the institution into which the Royal Family were born, one which they were indoctrinated from birth to support as a God-given duty.

This recap summarizes subsequent episodes to date. We’ll have to wait till 2022 to see how the events leading up to Princess Diana’s death and the subsequent fallout are depicted.

When Rupert Murdoch arrived on the British media scene, he saw how anti-Royalist sentiments could be harnessed to provide a cash cow for a public hungry for grievance issues. Born to wealth, profit was his motivation not social change. Racism, sexism, hyper nationalism were all useful buttons to press in Murdoch’s global quest for political power and influence. When Diana Spencer was chosen by Prince Charles, to be a compliant Royal wife, the opportunity for the Murdock press to build her up then tear her down was irresistible.

The moment she bucked the rigid control of the Buckingham Palace bureaucracy, the Murdoch media were there to pounce on every perceived infraction of protocol leaked by the Palace. Princess Diana died in a high-speed car chase caused by tabloid jackals hungry for the big bucks that a revealing snapshot would earn. Without conscience they swarmed around her dying body for that purpose. Will a future episode of The Crown re-enact that scene? It should. Of course Murdoch is not solely to blame for the toxification of news media. We, its customers, share the guilt, with our appetite for celebrity culture and envy-driven schadenfreude.

So, to return to the Oprah interview, it is no wonder that Diana’s son Prince Harry, robbed of his mother at age 12, would want to protect the woman he loved from the same fate. Certainly Harry and Meghan broke ranks when they went public, they bit the hand that fed them, they caused a sacred British institution embarrassment, with suggestion of endemic racism in British society. But clearly the Palace hierarchy, unwilling to modernize, and in thrall to the UK tabloid media, failed to see teachable moments in either the Wallis Simpson saga or Princess Diana’s mental health issues. They badly mishandled the smooth entry of another independently minded American divorcee into the complications of royal duties. I applaud the Sussexes for their painful candor.

My personal connection to Royal circles has been only tangential. First I was asleep in a cot when my mother poured a couple of gin and tonics for Lord Louis Mountbatten when he visited my father’s RAF base. He was apparently a charismatic personality and enjoyed a drink. Pity I missed such an historic figure. 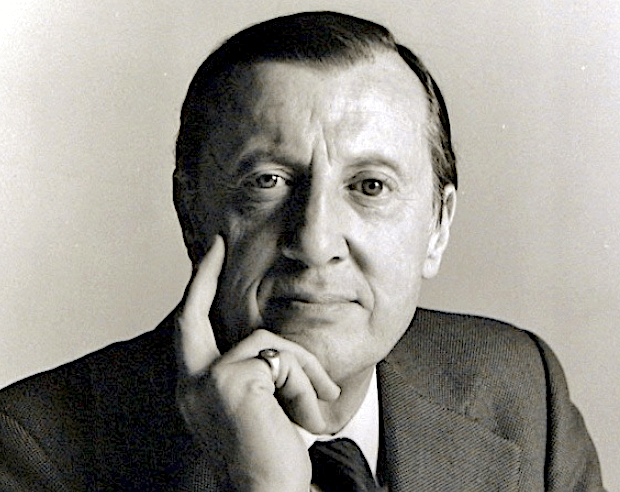 My wife and I met Mountbatten’s son-in-law John Knatchbull, 7th Baron Brabourne, CBE, professionally known as John Brabourne, a twice Oscar-nominated producer, at an Australia film industry function in Sydney. We chatted about a movie he produced HMS DEFIANT/DAMN THE DEFIANT(US) a ripping yarn of Napoleonic warfare, which broke new ground in its day for a vivid flogging and gutsy boarding party combat. A couple of months later, John Brabourne survived the IRA bombing of a motorboat that killed his father in law, Lord Mountbatten, his mother, one of his sons and a crew member.

On the 9th of April 1951 my father Wing Commander Eric Trenchard-Smith attended a Royal Air Force Ball in Malta given in honor of the visiting Princess Elizabeth, who would become Queen the following February upon the death of her father, King George VI. All twelve attending officers were given one dance each with the Princess. In my father’s case, it was a foxtrot. He told me in his final years that the Princess was amply endowed and that he was glad to have the length of arm sufficient to avoid the risk of contact with the royal bosoms. My father had a wry sense of humor. He also recounted that the future Queen was charming and seemed genuinely interested in him, his Australian background, what RAF life was like, what his wartime experience had been. Princess Elizabeth herself had served in the Women’s Auxiliary Territorial service as a mechanic and truck driver during the war, and her new husband Prince Philip was a Navy man. 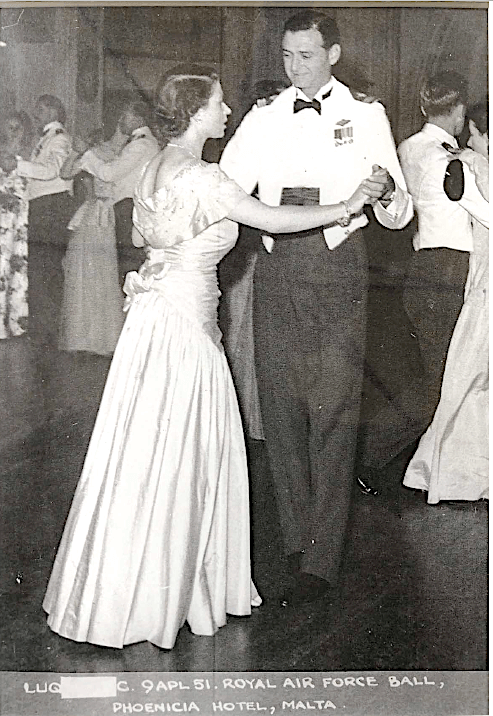 After the dance, Princess Elizabeth sat down with my father, and ordered a glass of Orangeade. When the waiter put the glass down, he spilled a little. My father had been taught always to carry a spare clean handkerchief to a social gathering. He was able immediately to pull it out and mop up the little puddle, softening the embarrassment of the waiter and getting a smile from the Princess. (You may be certain that if you have any social encounter with me, I will come equipped for spillage.) The future Queen continued to ask questions till it was time to dance and converse with the next officer. His good impression of the future Queen has no doubt transferred to me. 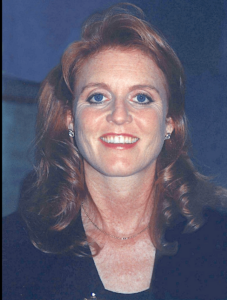 In Australia in the mid 1990’s I once chatted with a group in a cafe for five minutes without realizing one of them was Sarah Ferguson, Duchess of York. She was then separated from Prince Andrew and on a promotional tour in Australia. I had stopped by to say hi to actor Shane Briant who introduced his three friends by name, the last being a redheaded lady in the corner he called Sarah. Lighting in the Avalon Cafe that winter was not up to scratch – that’s my excuse. I focused on Shane, not his guests, and thanked him, a Hammer Film veteran for taking a small role in my low budget supernatural horror thriller Out of the Body back in 1987. He had never seen it. I hoped I would be able to give him a decent role one day in the future.

The redhead spoke.
“If you don’t give him a decent role I certainly won’t help promote your movie’s opening.”
“Oh dear. ” I said, still unaccountably unaware of the context.
“I’m Sarah Ferguson” she said, extending her hand.
“Oh, forgive me for not recognizing you, silly me” I said. The focus of the table then returned to her. We chatted briefly, before extricating myself without further embarrassment. 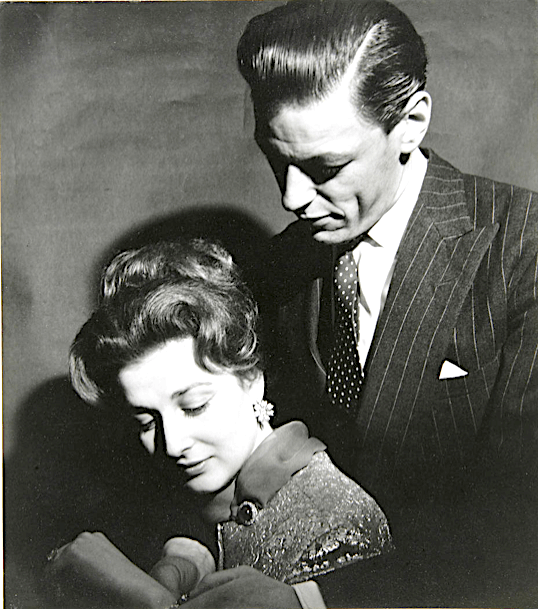 Flash back to March, 1967. The News Department of Channel Ten Sydney occasionally sent me out as a cameraman/field reporter when they were shorthanded. Once I was sent to Canberra, the nation’s capital, to cover Princess Alexandra of Kent, cousin to Queen Elizabeth, planting a tree at Government House. The shrub was already loosely positioned in the ground. All the Princess had to do was heap a last shovelful of dirt onto it for the photo op. I joined the gathered camera crews and photographers, equipped with a clockwork wind Bell & Howell. While we waited for Princess Alexandra to arrive, I took some scene-setting shots, and forgot Rule One of cameras powered by clockwork: rewind after every shot.

So, just as the Princess scooped earth onto her shovel, the camera cut out. I rewound frantically, but by the time I was ready to roll again, the Princess had deposited the requisite shovelful of earth at the foot of the shrub and was smiling at the gathered media. Applause all round. Oh God, I’ve missed the money shot! So without hesitation I asked: “Excuse me, Ma’am, my camera jammed, would you mind doing that again?” Sharp intake of breath issued from British embassy officials who were aghast at this lapse of protocol. But the Princess graciously obliged. Later at the press reception, I was able to thank her. She and her husband Angus Ogilvy, relaxed and friendly, asked me questions about Australia from a young ex-pat’s perspective, before a royal equerry steered them away to more important guests.

As mentioned, I’ve always had sympathy for the Royal Family. They symbolize British heritage and make an important contribution to tourism. Lifelong representation of an historic institution is a difficult job, made all the harder by a coprophagic tabloid media. Being on duty, under the microscope, all day, every day, for life, is a taxing job, which the Netflix series The Crown makes clear. The royal diadem is really an iron vise.

The success of The Crown has sparked a number of high quality depictions of major British political scandals. I enjoyed the latest account of the Profumo Affair.in the BBC/Netflix production The Trial Of Christine Keeler:

You’ll get another perspective on the Keeler / Profumo Affair in this documentary.

For more of my views on popular entertainment and British history check out my book Adventures in the B Movie Trade.