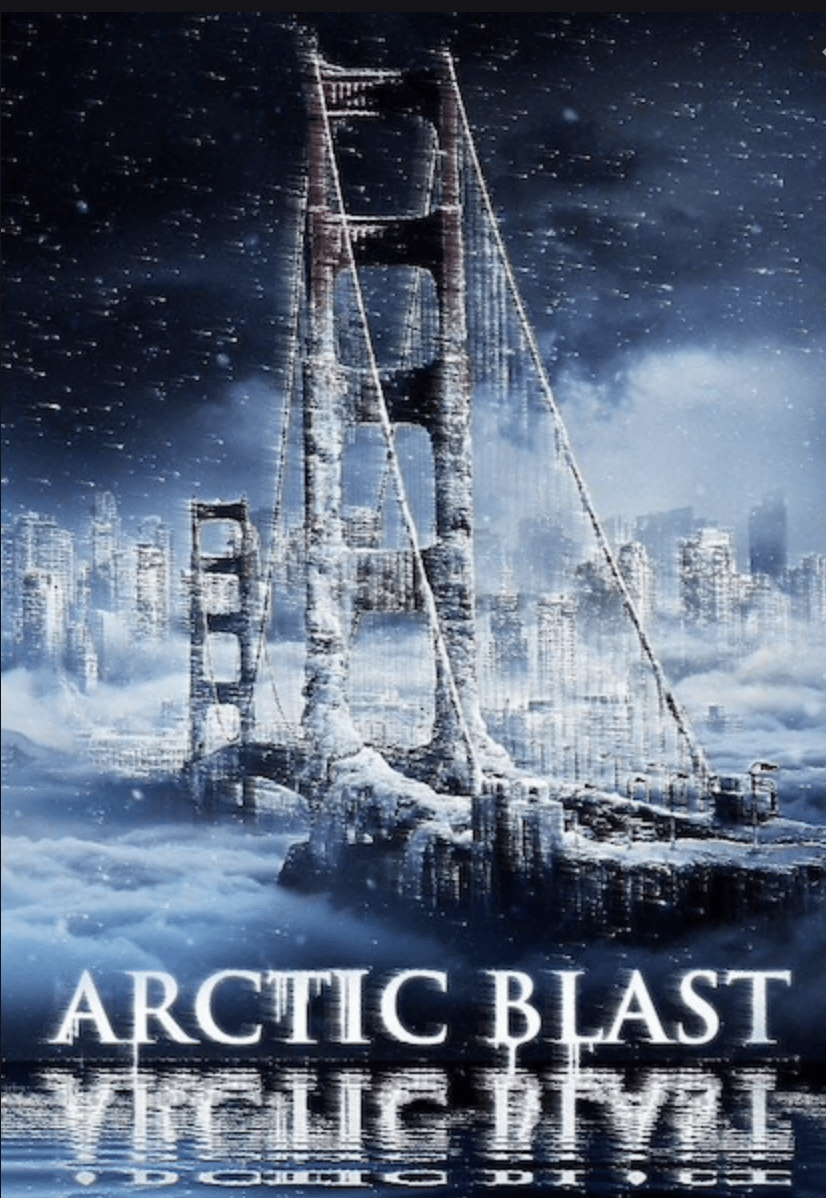 America experienced some extreme climate change this morning. A nippy 19 degrees fahrenheit, as I stepped out the door.  The cautionary climate change movie that I directed with this title 12 years ago was conceived as a disaster movie / family drama hybrid, intended for either Sci Fy  Channel or Lifetime. It was shot in sixteen days in Hobart Tasmania, then two subsequent days in Ottawa, Canada for the US scenes with Bruce Davison. Popular Sci Fi star Michael Shanks plays the brilliant but unorthodox physicist who saves the world. 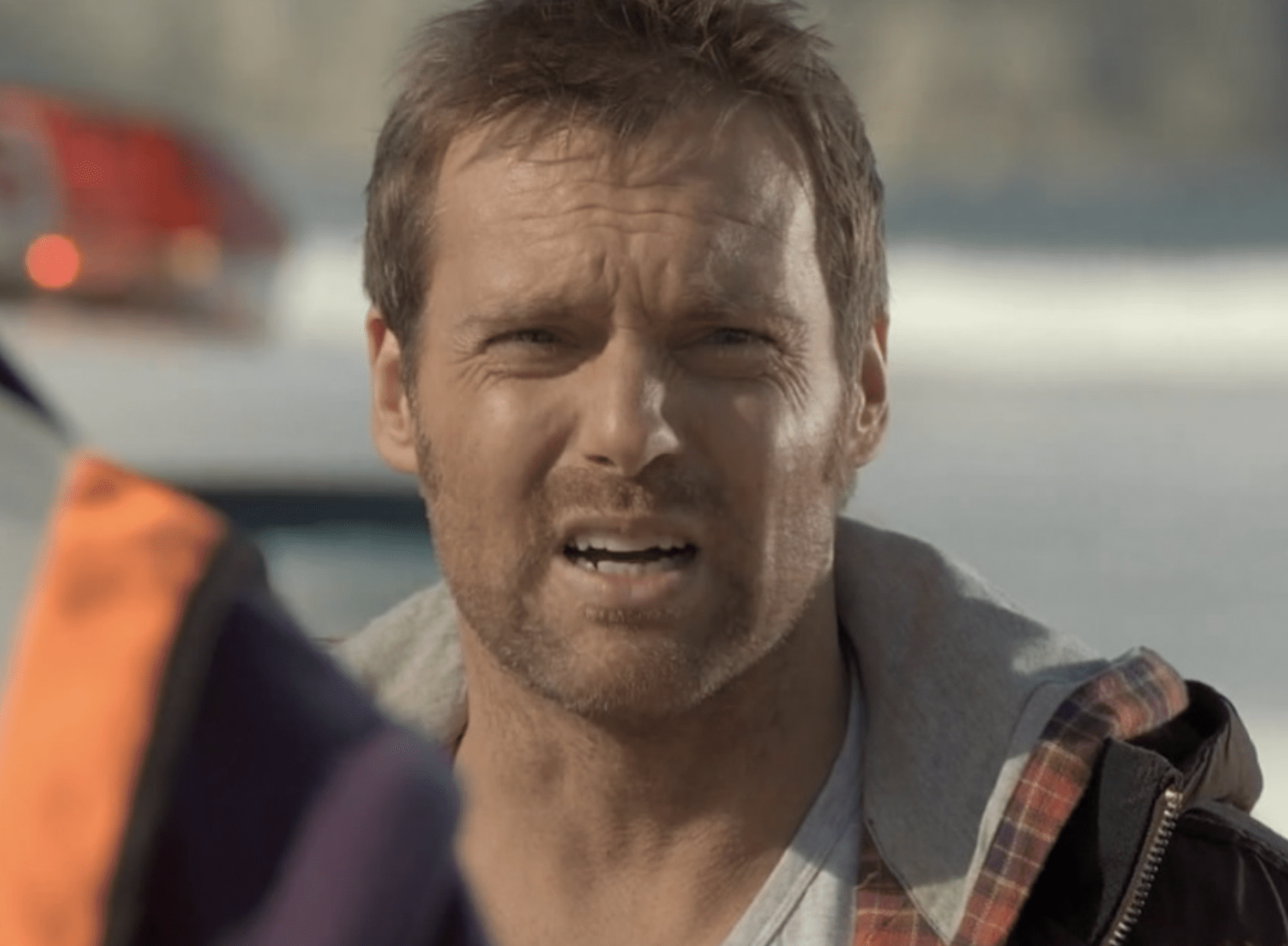 Publicity releases state the budget was $5M, puffing it up for sales purposes. Try $1.8M and all the creative compromises that budget implies. However, I’m quite proud of the film. It’s a strong example of its micro-genre, and I had a good time making it. I enjoyed working with young cameraman Marc Windon, whose father and brother had distinguished cinematography careers. Brother Steve Windon has shot five movies for Fast & Furious director Justin Lin. Marc and I shared an affection for the mini-jib with its variety of angles and moves the rig provided from a fixed position or on a dolly track. The mini-jib got us through nine pages of dialogue in a big set on Day One. As a kid I always liked those panic in the streets scenes in Ray Harryhausen movies, and (an early favorite) Gorgo; here, the pursuing monster is the freezing fog. 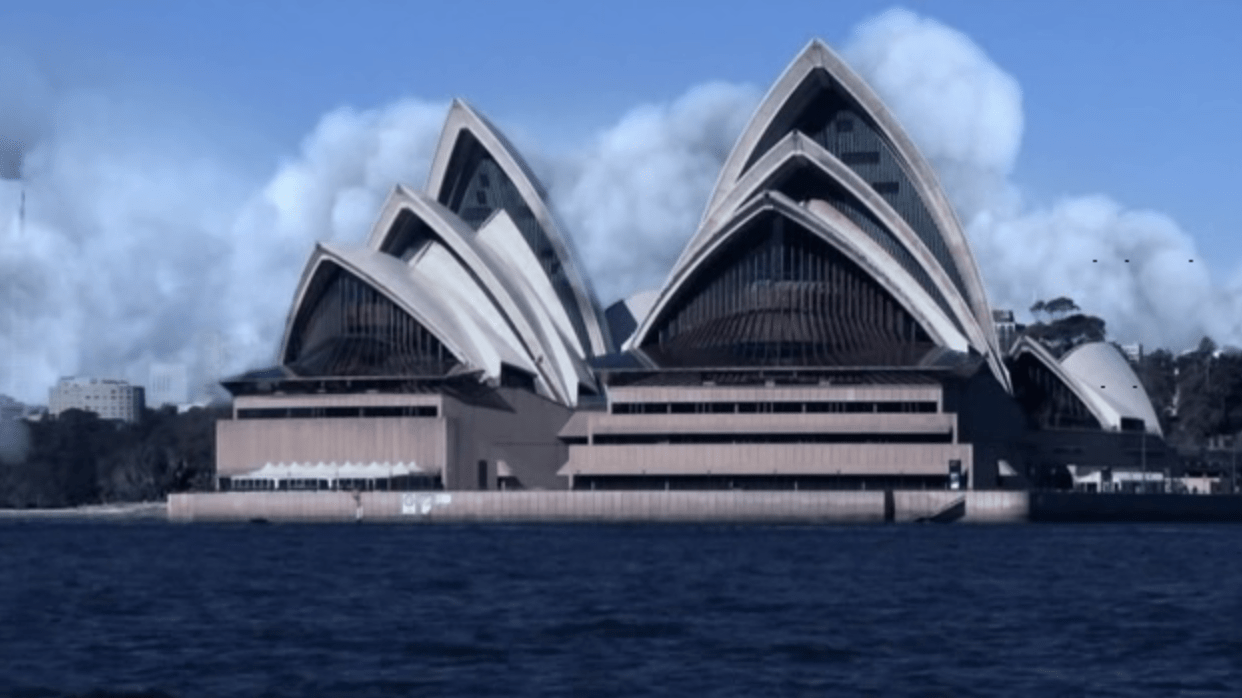 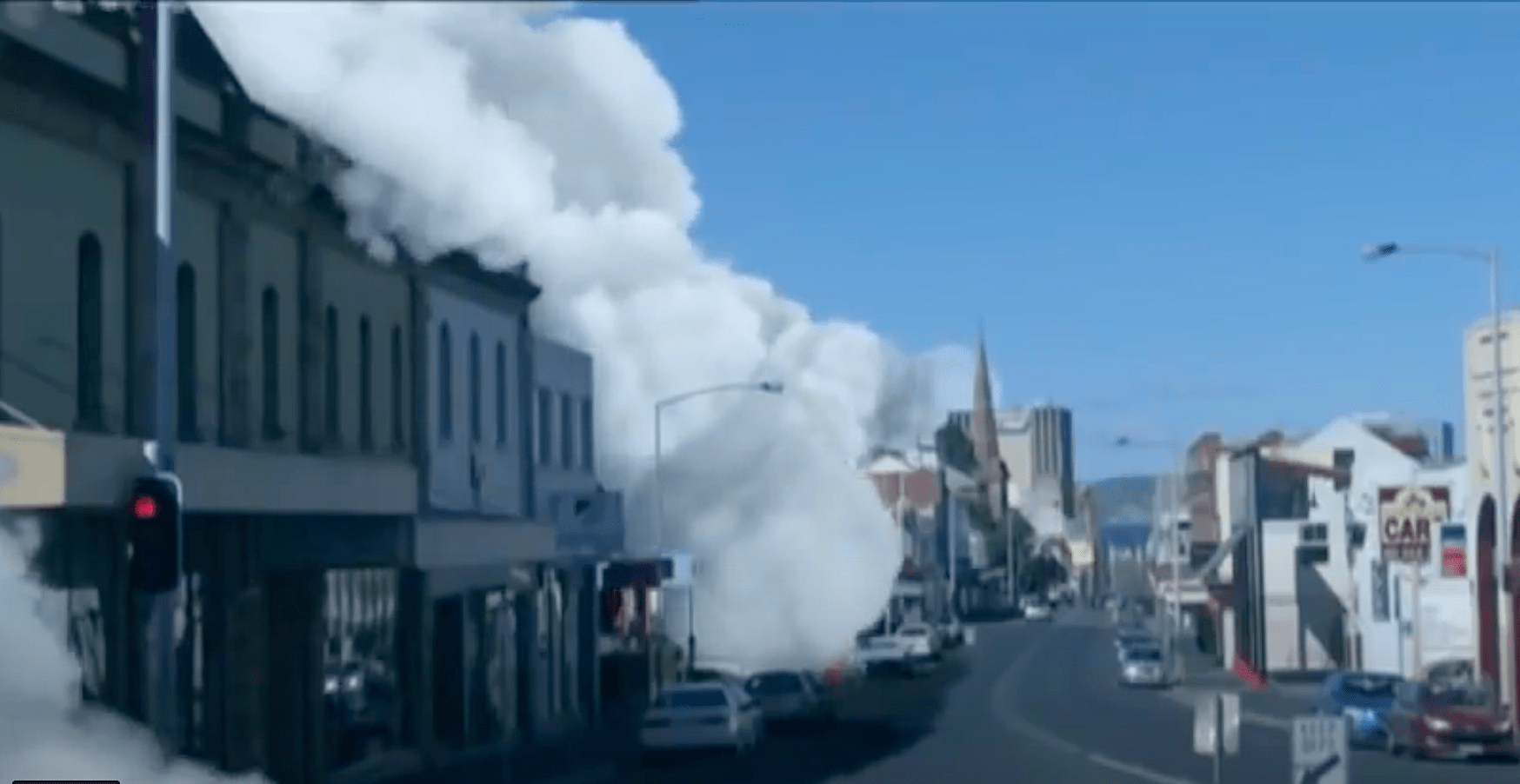 We had limited funds for extras, but we got some nice shots of the panicking crowd rushing past camera in the bottom half of the frame with the roofs of buildings in the background.  Our intrepid special effects crew then built miniature cardboard outlines of those roofs, painted black and positioned them in a black limbo. We rolled camera in slow motion as an offscreen fogger pumped a white cloud rising over the line of roofs, and curling downwards. The two elements would then be composited by a company in Montreal. 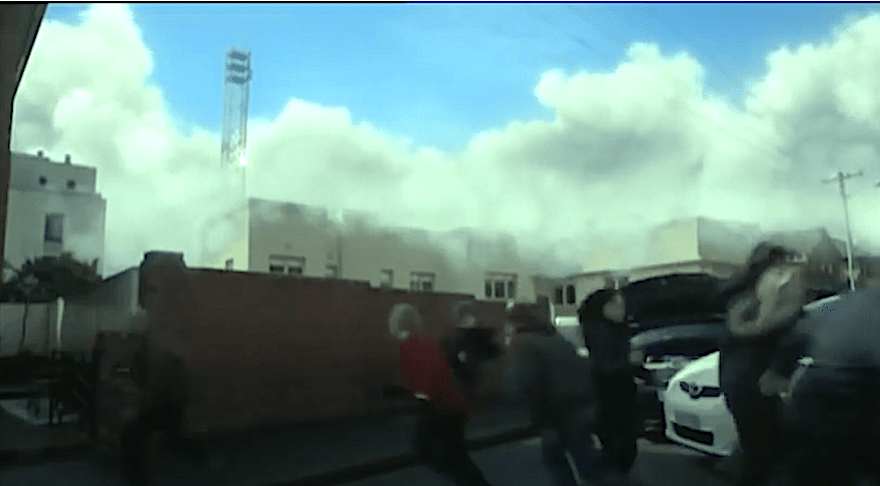 Certainly, it was a challenge to make what looks like a bank of thick morning fog feel scary. We could see cause; we needed more effect. More graphic freezings perhaps, where victims toppled and broke into pieces. But that would have disturbed the family side of the audience, at whom the climate change message was aimed. 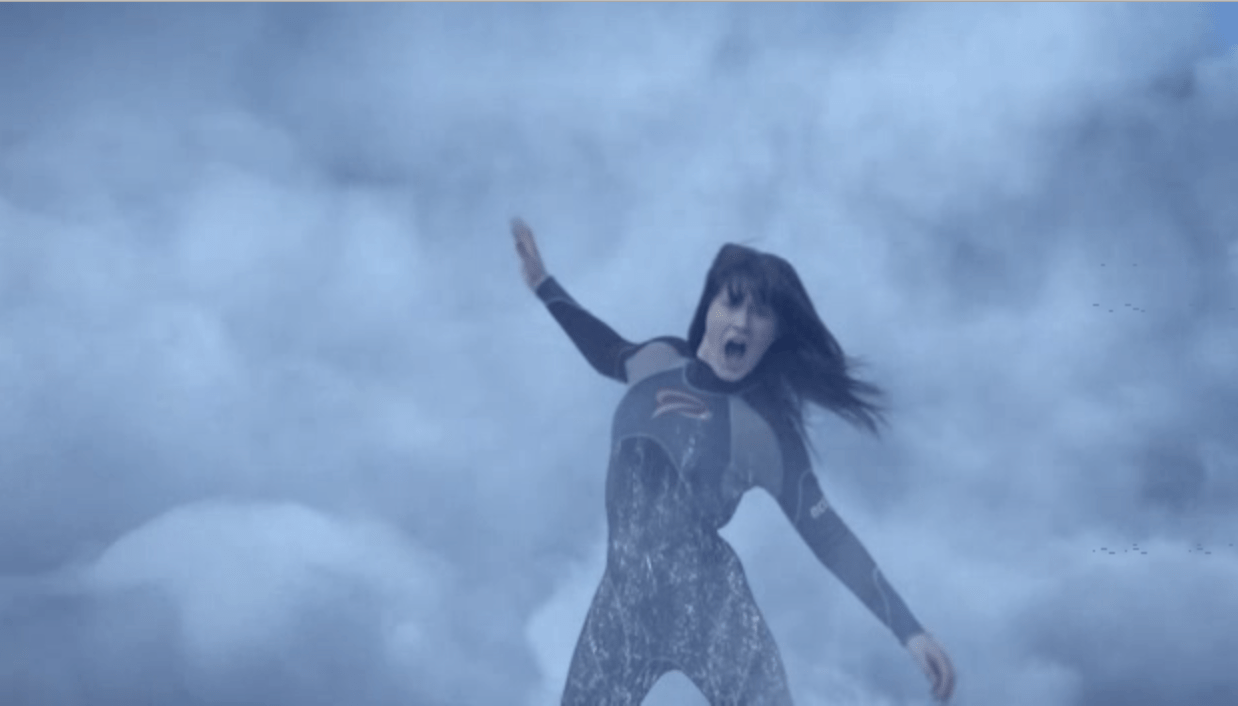 Overall, I am quite happy with the Attack of the Deep Freeze sequences. It got some acknowledgement in the review by Urban Cinefile:

Trenchard-Smith does orchestrated chaos well, and the sense of panic—crucial to conveying fear to the audience—is dynamic, and well served by Mario Sevigny’s score. 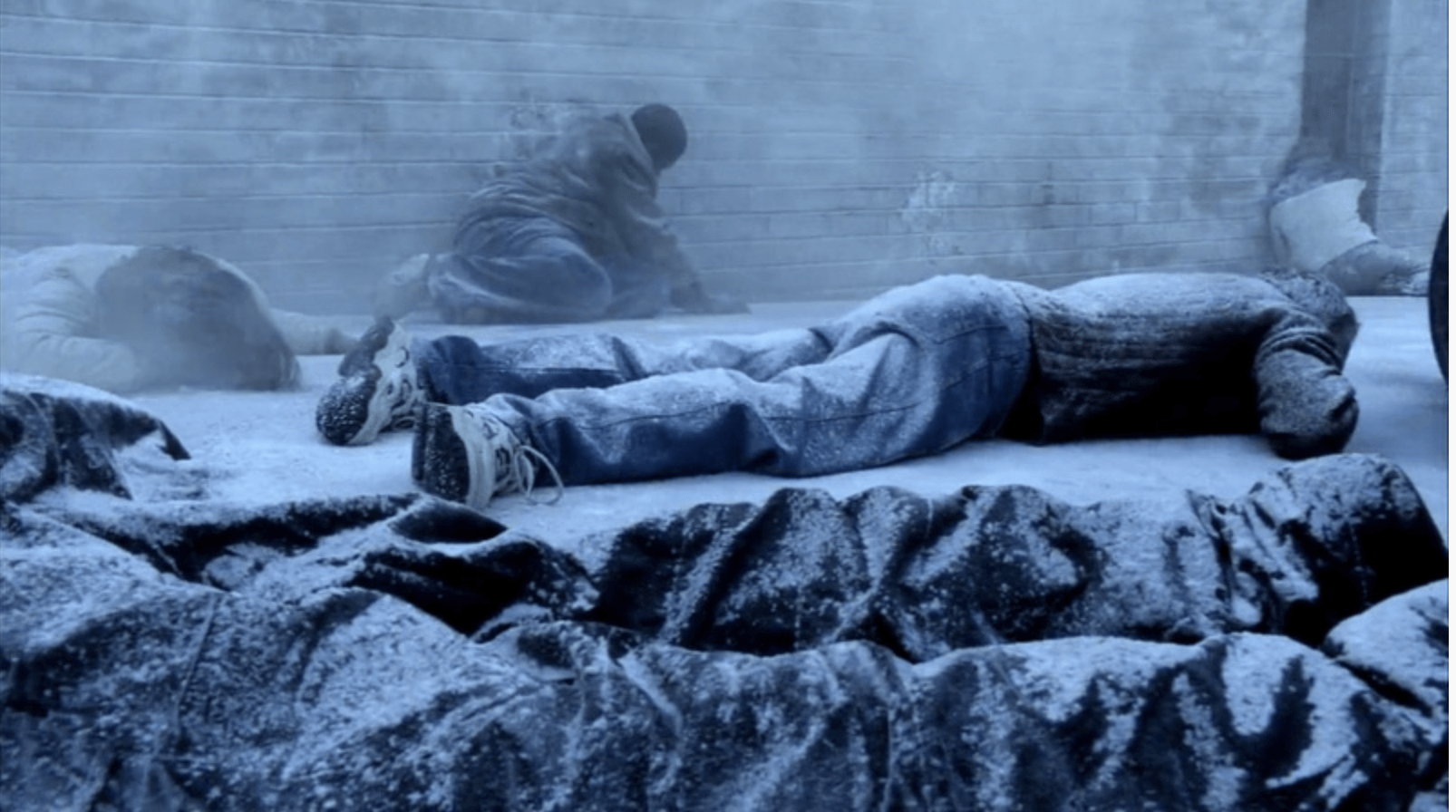 Strangely, Arctic Blast did not sell to the SyFy Channel; too much family drama, not enough Sci-fi, not enough kills. Nor did Lifetime or Hallmark pick it up; too grim, too foreign. But in foreign markets it did surprisingly well. When it premiered on cable in Spain for instance, it scored a 15.6 market share meaning it was seen by over 2.5 million viewers. The producers emailed me ratings from France’s TF1 and Germany’s RTL 2 which they described as “stellar”.

Some smart programmer should be booking ARCTIC BLAST onto a streaming platform near you!